Before You Go
Before going outside, please consult the latest updates from the Government of Canada and World Health Organization, as well as your province/territory, your municipality and the organization that manages your chosen section of the Trail. Please remember to #RecreateResponsibly.
I Understand
Home>Annual Report>Signage Projects 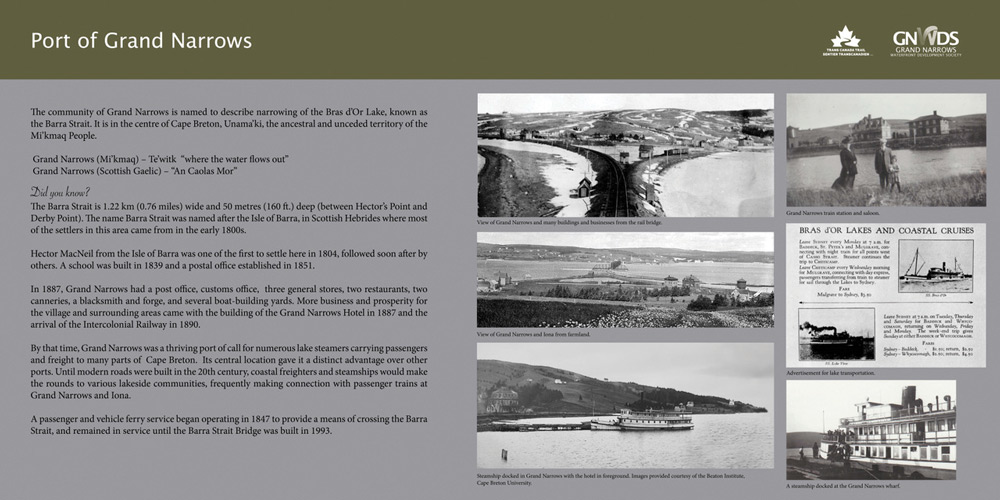 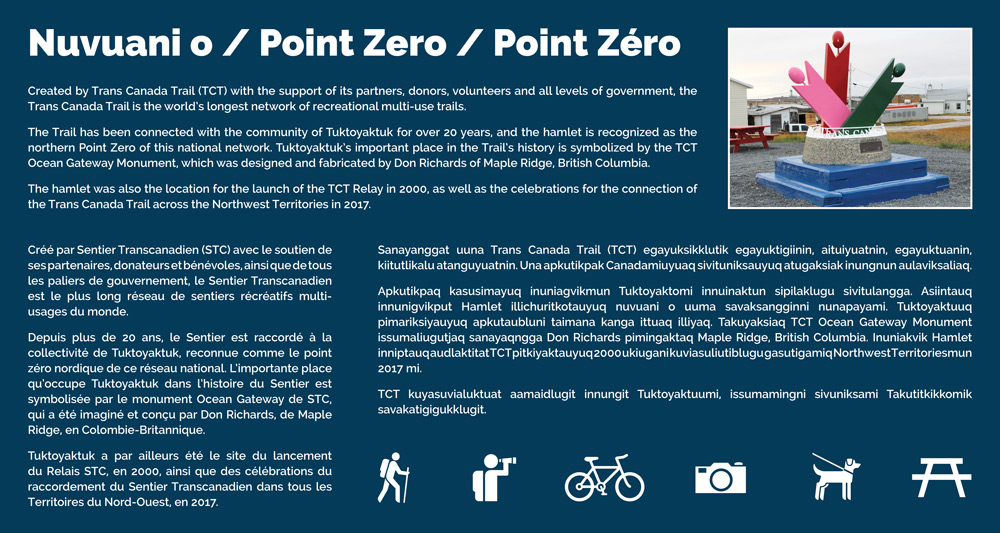 This signage project, in one of the most northern parts of Canada and the most northern part of the Trans Canada Trail network, includes a large interpretive sign with information about the Trail, the local Hamlet of Tuktoyaktuk, and the adjacent Trans Canada Trail monument. The signage will include the two official languages of Canada (English and French), as well as the local language Inuvialuktun, which will be translated by an elder of the community. Additionally, there will be wayfinding signage in the three languages to denote the routing of the Trans Canada Trail in the area.

The project includes three trailhead signs (in Rossburn, Waywayseecappo First Nation and at the connection with the Riding Mountain National Park), directional signage and 15 interpretive panels. Working together, representatives from Rossburn and Waywayseecappo First Nation will gather stories from community members and curate the information to be displayed. The project includes the installation of signage along the Elk Link Trail.