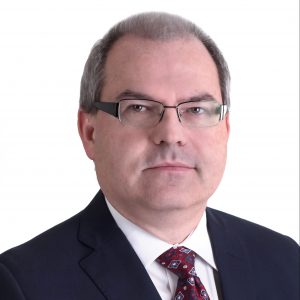 James Goulden was born in Calgary, Alberta. James graduated from the University of Calgary with a Bachelor of Commerce degree in 1989, and subsequently obtained a law degree from the University of British Columbia in 1992. James is a lawyer and a partner in the Vancouver office of the international law firm of Norton Rose Fulbright, and practices in the dispute resolution and litigation area, mainly dealing with commercial, administrative and government disputes. He is an adjunct professor at the University of British Columbia Allard School of Law, and is the co-author of a book on litigation strategy.

James is married to Anna and has three children, with whom he spends as much time as possible exploring Vancouver and beyond. He also loves sports, eating, travelling and spending time with his large extended family.

James joined the Trans Canada Trail Board in 2017.