6 Unmissable Cycling Routes on the Trans Canada Trail in Quebec 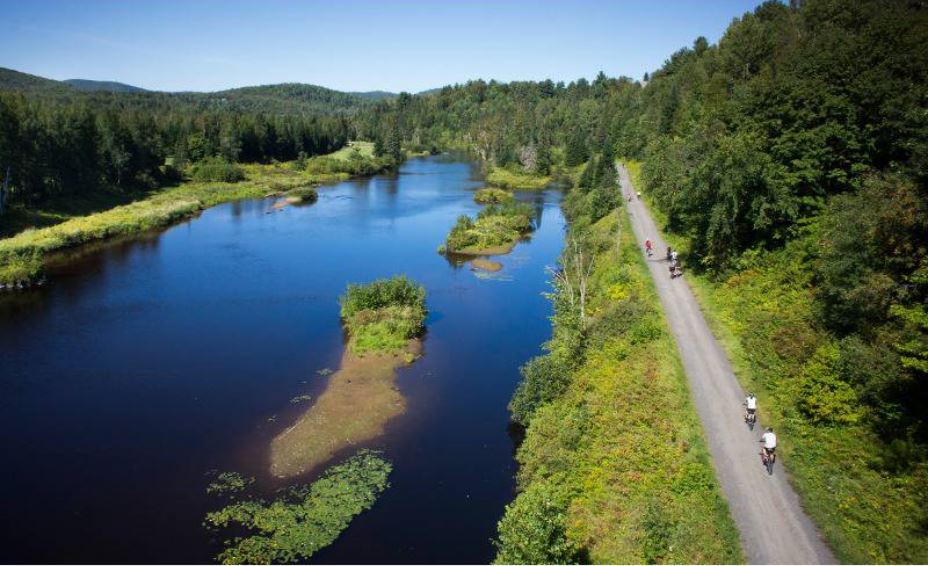 Passing through incredible countryside, charming villages and beautiful cities, Quebec’s cycling routes are rightly famed across the world! With each push of the pedal on the Trans Canada Trail in Quebec, you get closer to this vast region’s heritage, culture and natural beauty.

Here are our suggestions for seeing Canada’s second-largest province on the Trans Canada Trail – on two wheels! This urban cycling route – named one of the most beautiful in the world by TIME Magazine – links the dynamic city of Montreal to the serenity of its surrounding countryside. Starting at the Old Port, this section of the Trans Canada Trail runs past the city’s historic district and ends on Chemin du Musée in Lachine. An accomplished cyclist can finish the path in one hour, but we recommend taking a break, grabbing a snack from the Atwater Market and taking in the stunning views of the St. Lawrence River.

Covering 232 kilometres from Bois-de-Filion to Mont-Laurier, this car-free cycling route follows the former railway line of the P’tit Train du Nord. As it traverses the scenic Laurentians, it passes numerous hotels, B&Bs, pubs and restaurants. Since the route is relatively flat, with only a few gradual slopes, this Trail section is ideal for beginners!

Taking its name from the Canadian mountain biker and Olympic silver medallist, this cycling route near Quebec City begins in the shadow of Montmorency Falls and ends at the Cap Tourmente National Wildlife Area, which is home to 180 bird species and 30 mammal species. This particular section is also steeped in history, featuring buildings that date back to the 1600s in the towns of Boischatel, L’Ange-Gardien, Château-Richer and Sainte-Anne-de-Beaupré. This paved cycling route is a delight for cyclists in Quebec, who pass Lac Boivin before reaching the nearby wetlands. Art aficionados will appreciate the 15 monumental sculptures on this Trail section, while amateur naturalists will be in for a treat as they discover the wide range of flora and fauna in the area.

This easy Quebec cycling route follows the historic Chambly Canal, which was first opened to allow barges, steam boats and sailboats to cross the Canada-U.S. border while avoiding the rapids of the Richelieu River. Today, Trail users can spot local canal keepers activating the gates and bridges at the nine locks, as well as picturesque gatehouses.

From Saint-Jean-sur-Richelieu, this cycling route takes visitors through acres of beautiful farmland, corn fields and wooded areas. Featuring vistas of the Monteregian Hills and Mont Saint-Grégoire, this Trail section also passes through the historic town of Farnham before ending in Granby.