5 Things You May Not Know About British Columbia 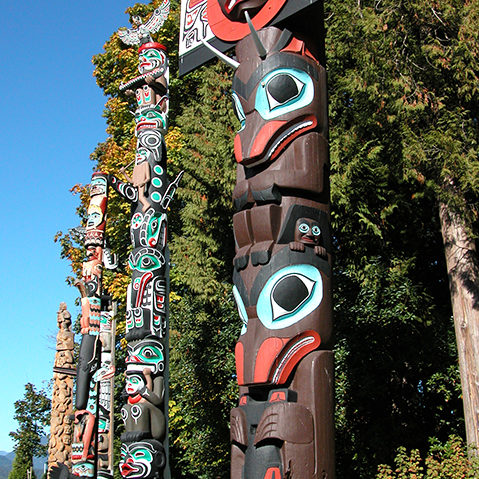 How many islands are located within British Columbia?
About 40,000 islands of varying sizes, including Vancouver Island and Haida Gwaii —the total length of the British Columbia Coast is over 25,725 kilometres (15,985 mi).

Vancouver Island has been the homeland to many main indigenous peoples for thousands of years and prior to European exploration. Name three major groupings of tribes, by language.
The Kwakwaka’wakw, Nuu-chah-nulth, and various Coast Salish peoples. Their cultures are connected to the natural resources abundant in their homelands.

1) The Kwakwaka’wakw – Numbering about 5,500, they principally live in British Columbia on northern Vancouver Island and the mainland. They are also known as Kwakiutl in English, from one of their tribes, but they prefer their autonym Kwakwaka’wakw.

2) Nuu-chah-nulth – The traditional home of the Nuu-chah-nulth (pronounced [nu??an?u?], or approximately “new-cha-nulth”) is on the west coast of Vancouver Island. They were among the first Pacific peoples north of California to come into contact with Europeans, as the Spanish, Americans and British attempted to secure control of Pacific Northwest

The Grand Canyon of the Stikine River is one of the greatest (and most difficult) whitewater runs in the world. Who completed the first descent in 1985?
In 1985, Lars Holbeck, Rob Lesser and Bob McDougall made the first successful descent in whitewater kayaks. Only world-class paddlers have attempted this class V+ run. This trip was considered a milestone for expedition kayaking. Only a handful have been successful at paddling the Grand Canyon of the Stikine since then.

The Alaska Highway is a major transportation corridor, and a top destination for outdoor adventurers. It has been nominated to be a national historic site, and TCT users will experience its stunning vistas of mountain ranges, rolling forests and pristine waterways!

Can you name the city in northeast BC that is known as “Mile 0 City” referring to its location at the southern end of the Alaska Highway?
Dawson Creek is the city at the southern tip of the Alaska Highway – an almost 2500 km roadway that stretches to Watson Lake, Yukon. In 1942, it took 27,000 individuals to build a roadway through some of the toughest terrain in the world to get the roadway built – and they did it in nine months! The TCT goes through the town which also has a heritage interpretation village, an art gallery, a museum, a fall fair and a rodeo.