Lively celebrations of The Great Trail’s 100% connection didn’t end in August! On October 19, it was British Columbia’s turn to be honoured by Trans Canada Trail (TCT).

Award-winning music producer David Foster was among the guests in Victoria for the special event. David, a Victoria-born Trail champion, generously donated to the City of Victoria to fund the future development of David Foster Way – the harbour path named in his honour.

Heavy rain failed to dampen the spirits of attendees, as the venue at the Inn at Laurel Point reached capacity well before the ceremony began.
David Foster Way is one of many beautiful sections of The Great Trail in British Columbia – traversing mountains, lakes, rivers and coastline, and measuring almost 3,000 kilometres within the province.

Connecting the Trail across the province was no small feat. It required painstaking, dedicated efforts from local Trail groups, volunteers, donors and government supporters.

“We are so grateful to our supporters for all they have helped to create in British Columbia – a connected trail that encourages locals and visitors to discover our beautiful Canadian landscapes,” said Valerie Pringle, Co-Chair of the TCT Foundation Board and Chapter 150 Campaign, and host of the 100% connection celebration.

“The Great Trail in B.C. is spectacular – from incredible desert scenery to magnificent mountain ranges connecting communities from northern B.C. to Vancouver Island,” she added. 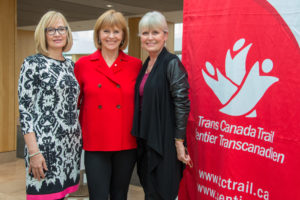 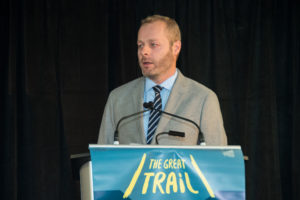 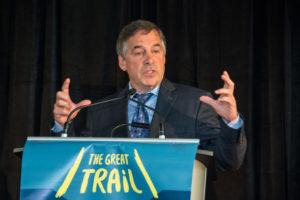 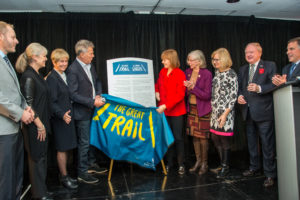 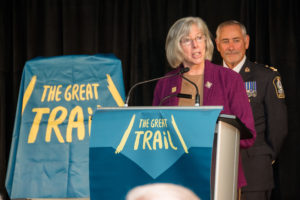 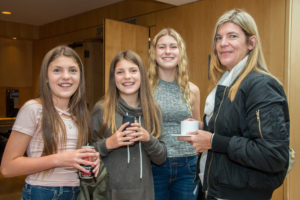 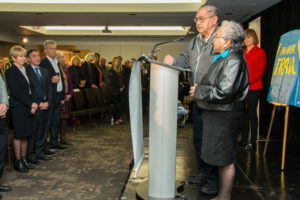 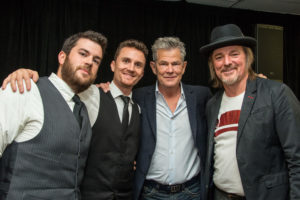 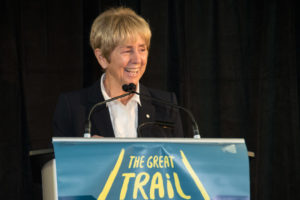 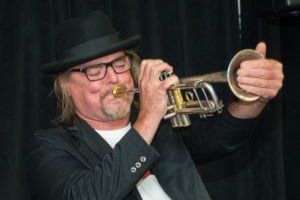 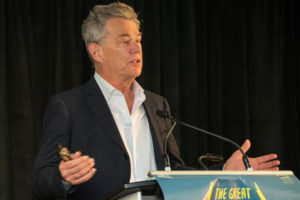 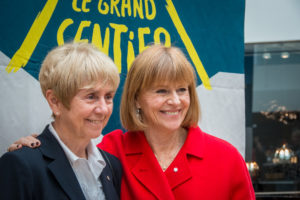 The festivities began with words of welcome from Elder Elmer George of the Songhees Nation and Elder Mary Ann Thomas of the Esquimalt Nation.

“When you respect land and the trees, it’s going to look after you,” she said. “Anybody that goes through that Trail, they’re going to be blessed,” she added, before joining Elder Elmer George for an opening prayer.

Victoria-based musician Daniel Lapp also performed a suite of David Foster’s greatest hits, with some help from students from the Victoria Conservatory of Music.

Before unveiling a commemorative plaque, David Foster quoted ‘Colors of the Wind’, a song from the film Pocahontas, which emphasizes the importance of respecting nature and the heritage of the land.

Although nationwide connection was celebrated in Ottawa on August 26, 2017, TCT is committed to celebrating with local trail groups in every province and territory to mark this incredible achievement.

Provincial events in Manitoba, Nova Scotia, New Brunswick, Ontario and the Northwest Territories have been held since late 2016. Meanwhile, Alberta and Quebec are poised to celebrate their own provincial connections in early 2018.

The focus in B.C. and across Canada now turns to maintaining and improving the Trail for years to come.

“After this momentous year, we will continue to build upon what we have accomplished. We will add loops and spurs and convert roadway to greenway to create new adventures for Trail users,” says Deborah Apps, TCT President & CEO.

“The cross-Canada connection celebration marks the beginning of a new chapter – one that will see the Trail grow, improve and thrive for years to come, benefitting future generations. We invite you to continue on this journey with us.”