Five Things You May Not Know About Nova Scotia 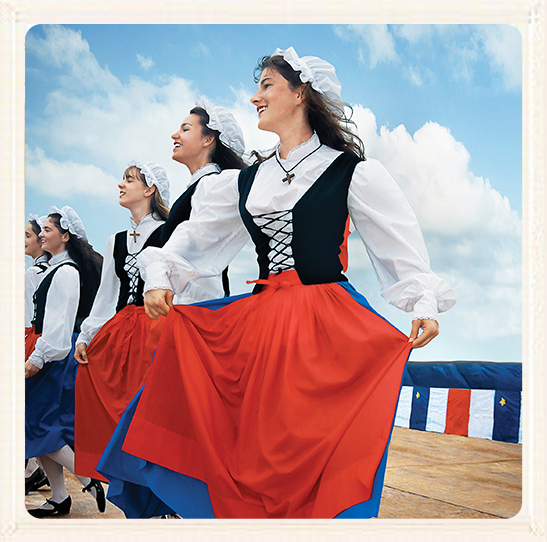 Nova Scotia is described as Canada’s Ocean Playground on the provincial vehicle-licence plate because it is surrounded by four major bodies of water. Name them!
The Gulf of Saint Lawrence to the north, the Bay of Fundy to the west, the Gulf of Maine to the southwest, and Atlantic Ocean to the east.

What does the name of the village of Tatamagouche mean?
Tatamagouche derives from the Mi’kmaq term “Takumegooch” which means, roughly translated, “meeting of the waters”. The village is situated on the Northumberland Strait along the south side of Tatamagouche Bay at the mouths of the French and Waugh Rivers.

Canada’s oldest and largest Black community is located in Nova Scotia. Can you name it?

North Preston. This community traces its origins to the immigration of former African American slaves during the 18th and 19th centuries. Today, North Preston has a population of nearly 4,000 people as well as having the highest concentration of African Canadians across Canada.

How many musicians from Nova Scotia can you name?
From popular music from many genres, to folk and traditional based music, Nova Scotia has produced some of Canada’s most unique musicians including Anne Murray, John Allan Cameron, Sarah McLachlan, April Wine, Rita MacNeil, Feist, The Rankin Family, Joel Plaskett, Buck 65, Ashley MacIsaac, Natalie MacMaster and Stan Rodgers (born in Ontario to two Maritimers from Guysborough County but lived in and sang about NS)

What is the connection between the aftermath of the sinking of the Titanic off the Atlantic coast of Canada in 1912, Halifax and modern day forensic identification techniques?
The crew of two cable ships sent to recover and identify bodies from the site of the Titanic sinking, were instructed by Halifax coroner John Henry Barnstead to number the bodies, keep detailed records of their appearance and put any found objects into bags. This process laid the foundation of important modern day forensic techniques. 150 people who died in this tragedy are buried in the Fairview Lawn Cemetery in Halifax. Bonus trivia: Barnstead’s son used the same techniques five years later during the recovery of bodies after the Halifax Explosion in 1917.