Historic route revamped into new section of the TCT in Colinton, Alberta 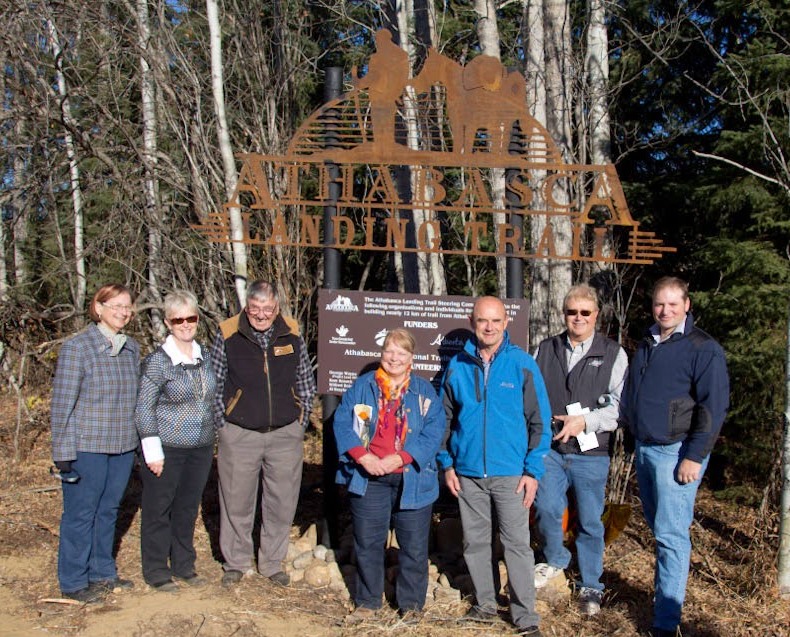 Like so many sections of the TCT across the country, the Athabasca to Colinton Trail tells a truly Canadian story.

Trail partners, enthusiasts and local residents gathered on October 18 to celebrate this story at the opening ceremony of a newly completed section of the Athabasca to Colinton Trail, which traces the path of the Albertans who founded the trail’s namesake communities.

The Athabasca to Colinton Trail route played a vital role in the transportation of goods, services and settlers between Edmonton and Athabasca in the late 1800s. Now, it is a recreational and tourist attraction with infrastructure and interpretative signage helping to promote the history of the trail.

“One hundred and thirty-eight years ago, the Athabasca Landing Trail was built to allow pioneering Albertans to open up North-Central Alberta and thus creating the communities of Colinton and Athabasca,” said Athabasca County councillor Warren Griffin. “Today, we are here to open and repurpose a section of this historic trail,” he stated. (Quote source: The Athabasca Advocate)