Their Excellencies the Right Honourable David Johnston, Governor General of Canada, and Mrs. Sharon Johnston were present as the Trans Canada Trail unveiled a plaque for the designation of a section of the Trans Canada Trail as The Queen Elizabeth II Diamond Jubilee Trail. The event took place on Friday October 26 on the Capital Pathway in Ottawa.

As Honorary Patron of the Trans Canada Trail, His Excellency delivered remarks and unveiled the plaque with TCT Chair Paul LaBarge and TCT CEO Deborah Apps. The event was also attended by Shawn Atleo, National Chief of the Assembly of First Nations in Canada, as well as TCT board members. 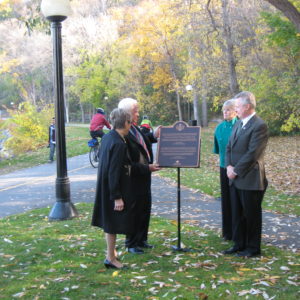 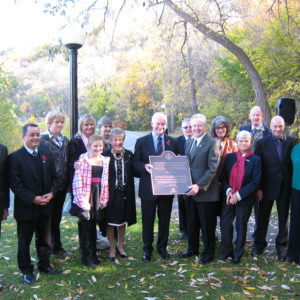