$1 Million for Trail Development in Manitoba 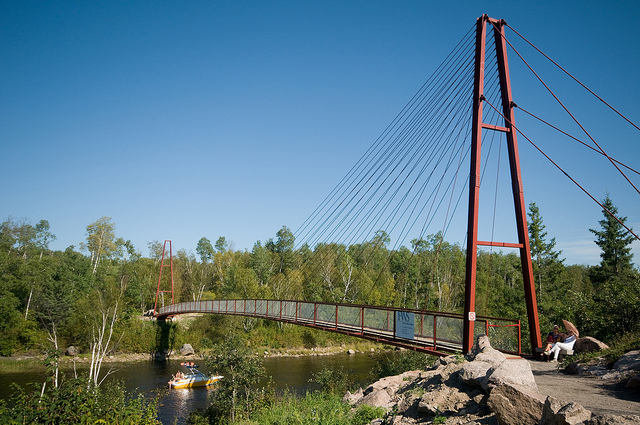 PINAWA—Premier Gary Doer announced the province is committing $1 million to the Manitoba Recreational Trails Association and today is providing $500,000 to assist volunteers in their efforts to continue the construction of the Manitoba portion of the Trans Canada Trail (TCT) with the remainder to flow over the next two years as the trail is further developed.

“The trail highlights many of the incredible nature walks and vistas Manitoba offers both visitors and those who are lucky enough to live here,” Doer said here today. “This funding will support volunteers with special building projects along the Trans Canada Trail, the implementation of a maintenance plan for the trail, interpretive signage and administration.”

The Trans Canada Trail is a shared-use trail (walking, cycling, equestrian, skiing and snowmobiling), linking Canada’s three oceans. The 18,000-kilometre trail will be the longest continuous trail in the world once it is complete. The 1,300-kilometre Manitoba portion of the trail will link hundreds of communities and traverse seven eco-districts when completed.

“The Manitoba Trans Canada Trail is truly an outstanding example of how volunteers throughout the province have created magnificent, multi-use trails for our citizens and guests to Manitoba,” said Doer.

Development of a provincial recreational trail complements several of the key recommendations of the all-party Healthy Kids, Healthy Futures Task Force. It highlights the promotion of activities that are less dependent on expensive facilities.