The Great Trail in Alberta now stretches over 3,400 kilometres, showcases and links the province’s majestic landscapes and diverse communities. Since 2003, TCT has invested over $7 million in Trail development and maintenance in Alberta.

The event began with words of welcome from Elder Jackson Wesley of the Bearspaw Nation, one of the Stoney Nakoda Nations. TCT President & CEO Deborah Apps and TCT Foundation Board Co-Chair Valerie Pringle were among the speakers at the event, which also featured a keynote address from TCT Champion Dave Rodney – the only Canadian to have climbed Mount Everest twice!

TCT is grateful to the many donors in both the public and private spheres, who have given generously to ensure the Trail in Alberta is enjoyed for generations to come. Some of these donors attended the event, including: 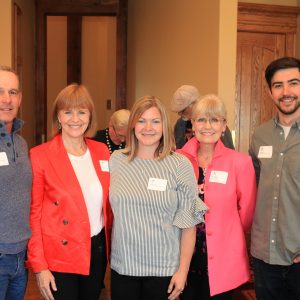 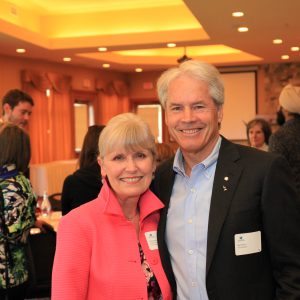 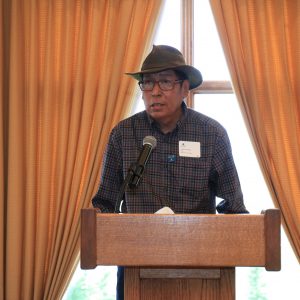 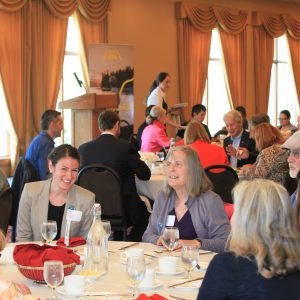 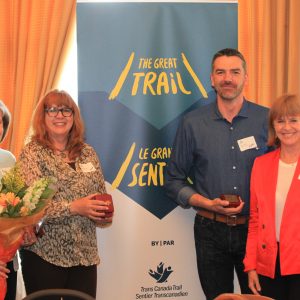 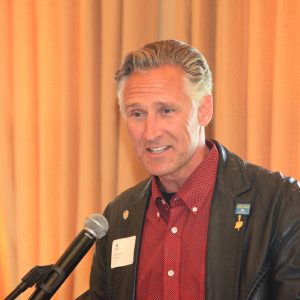 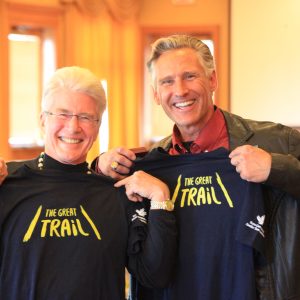 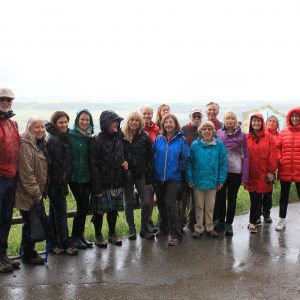 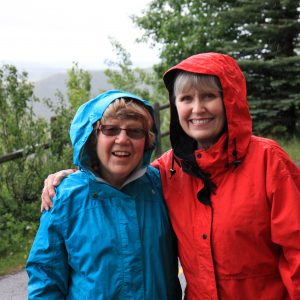 TCT is also grateful for the support of the provincial government and the federal government.

The event also coincided with the launch of a new campaign to raise funds and create awareness of The Great Trail across Canada. The new campaign, Deeply Connected, will highlight and celebrate the deep connection that each and every one of us has to this Trail.

While Canada is now home to an impressive network that stretches over 24,000 kilometres on land and water, our work is not done. We must protect and nurture Canada’s national Trail so that future generations can discover it, use it and treasure it.

Deeply Connected will support Trail improvement projects across the country, some of which are already on the horizon in Alberta, including:

We look forward to continuing to work with Trail groups, volunteers, Indigenous communities and supporters in Alberta and across Canada, as we work to enhance the Trail for all users.