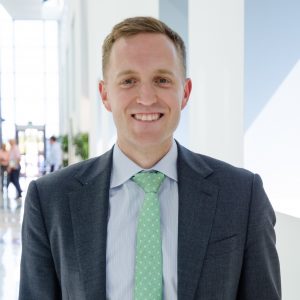 Michael Lindsay is President and CEO of Infrastructure Ontario (IO). He was appointed CEO in November 2020. In this role, he works closely with his Executive team and with partners in both the public and private sectors to build, manage, finance and enhance the value of the Province’s assets.

Prior to returning to Infrastructure Ontario in 2019, Michael served as Special Advisor to the Government of Ontario on the upload of the Toronto subway system.

From 2014 to 2016, Michael was Senior Vice President of Commercial Projects at Infrastructure Ontario. In that role, he was responsible for commercial transactions related to the financing, development, and divestiture of public assets in Ontario (e.g. land, buildings, services). His team structured P3s related to energy, transit and social infrastructure, and contracted private entities to deliver services through a range of outsourced models.

Prior to this, Michael was an Associate Principal with McKinsey & Company, where he was a core leader of the Canadian Public Sector Practice. He helped provincial and federal ministries reduce costs, improve service, and analyze the effectiveness of money spent on economic development and innovation.

Michael is a graduate of Oxford (MPhil) and Queen’s University (BAH).