There came a moment.

After dealing with injuries and life challenges that left her frustrated and feeling down, Madi Wood realized she needed to do something different.

It all became clear in one moment: she wanted to do something BIG! She wondered: could she maybe, possibly, cycle from Calgary all the way to Vancouver?! 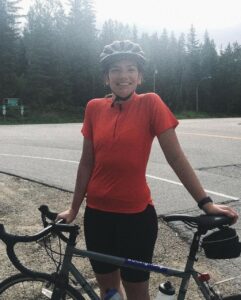 Being an active, sporty person was part of Madi’s identity. During university it became difficult to balance everything that needed her attention and as a result, she wasn’t as active as she used to be.

She made a promise to herself that she would once again make time for physical activity. Along came winter, and while skiing she had an unfortunate accident that resulted in a serious injury – a torn ACL ligament – which comes with a months-long healing and recovery timeline.

The pandemic was just starting to become serious and Madi decided to move from Vancouver to Calgary in order to ride out the COVID lockdowns with her parents.

While there, she began cycling outdoors since it was a non-load-bearing activity and she could do it while maintaining the physical distance required by the public health situation. This allowed her injury to continue healing while she kept up her promise to stay physically active.

As she tackled longer and longer distances, Madi noticed that the rides left her feeling wonderful. 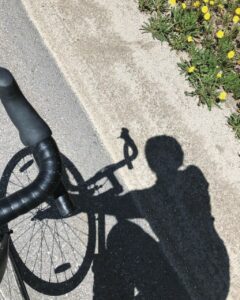 She grabbed a map, looked at possible routes between Calgary and Vancouver and realized she could follow the Trans Canada Trail for a large portion of the trip.

Then she made the trip an all but foregone conclusion – she announced she was doing it to her family and friends. She asked for song suggestions for a playlist that she could listen to along the way. And she fundraised for charity, raising several thousand dollars for an organization that supports mental health.

Madi took off from Calgary and proceeded to cover 650 km through the course of the ride, much of it on the Trans Canada Trail, spotting black bears on the side of the road, arriving in Vancouver six days later.

I was constantly surprised 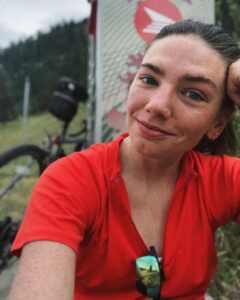 “You are forced to be alone with your thoughts on the road,” says Madi. “I had never spent meaningful time alone before. This ride on the Trans Canada Trail was the perfect time to think and reflect on what I wanted for my life in the future. The time I spent on the bike allowed me to think things through.”

Reflecting on the experience, she says, “I was constantly surprised that I could do it! I really had to prepare for this adventure – learning bike maintenance, nutrition needs, first aid and route planning – and I’ll have these skills for a lifetime.”

Take some time for yourself

She recommends that everyone spend time outdoors, benefiting from the quiet, meditative space it can provide.

“Find a section of the Trans Canada Trail in your area, you’ll be surprised by how good it makes you feel to be out there,” says Madi. 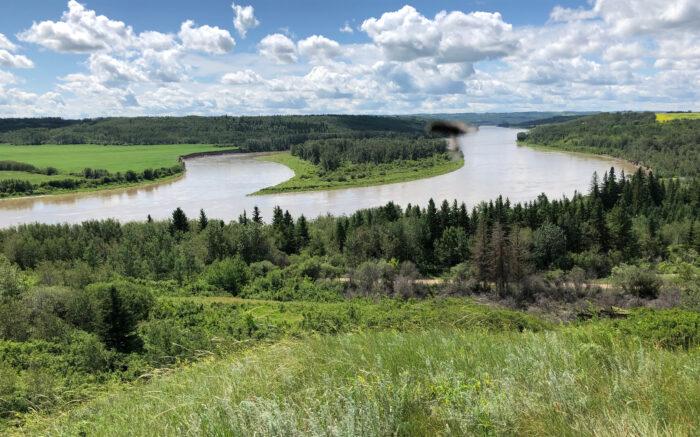