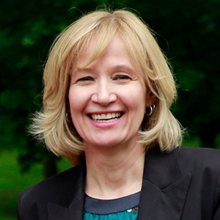 The Trans Canada Trail Foundation is delighted to announce that beginning in March 2016, Laureen Harper joins the TCT’s Chapter 150 Campaign as an active volunteer member of the Campaign Cabinet, a circle of devoted volunteers helping the TCT garner support from all of Canada’s modern-day nation builders to achieve full trail connection by Canada’s 150th anniversary of Confederation in 2017 and, preservation of the Trail far beyond.

“As co-chair of the Trans Canada Trail (TCT) Foundation, I have had the privilege of watching Laureen in action. She is a dynamic supporter and recruiter, a mobilizer of volunteers and a passionate promoter of her causes,” said Valerie Pringle. “The TCT is a cause close to Laureen’s heart. She walked the TCT in Ottawa almost every day, hikes regularly and loves the outdoors.  I have hiked with her and other TCT supporters on the Laura Secord Legacy Trail in Niagara, the gorgeous trails in Charlevoix and the Sleeping Giant Trail near Thunder Bay,” said Pringle.