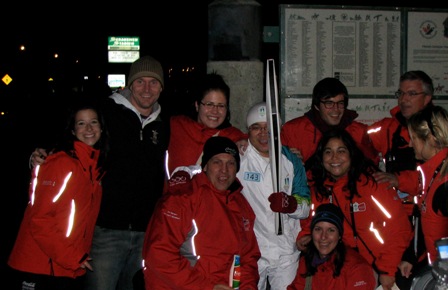 Just before 7:00 pm local time on Saturday, October 31 the Olympic Torch was passed from one proud Torch bearer to the next at the Nanaimo Pavilion off Jingle Pot Road. Close to 70 spectators were on hand to witness the event under a full Hallowe’en moon.

Waiting for the Olympic flame! The Olympic Torch continues on its journey